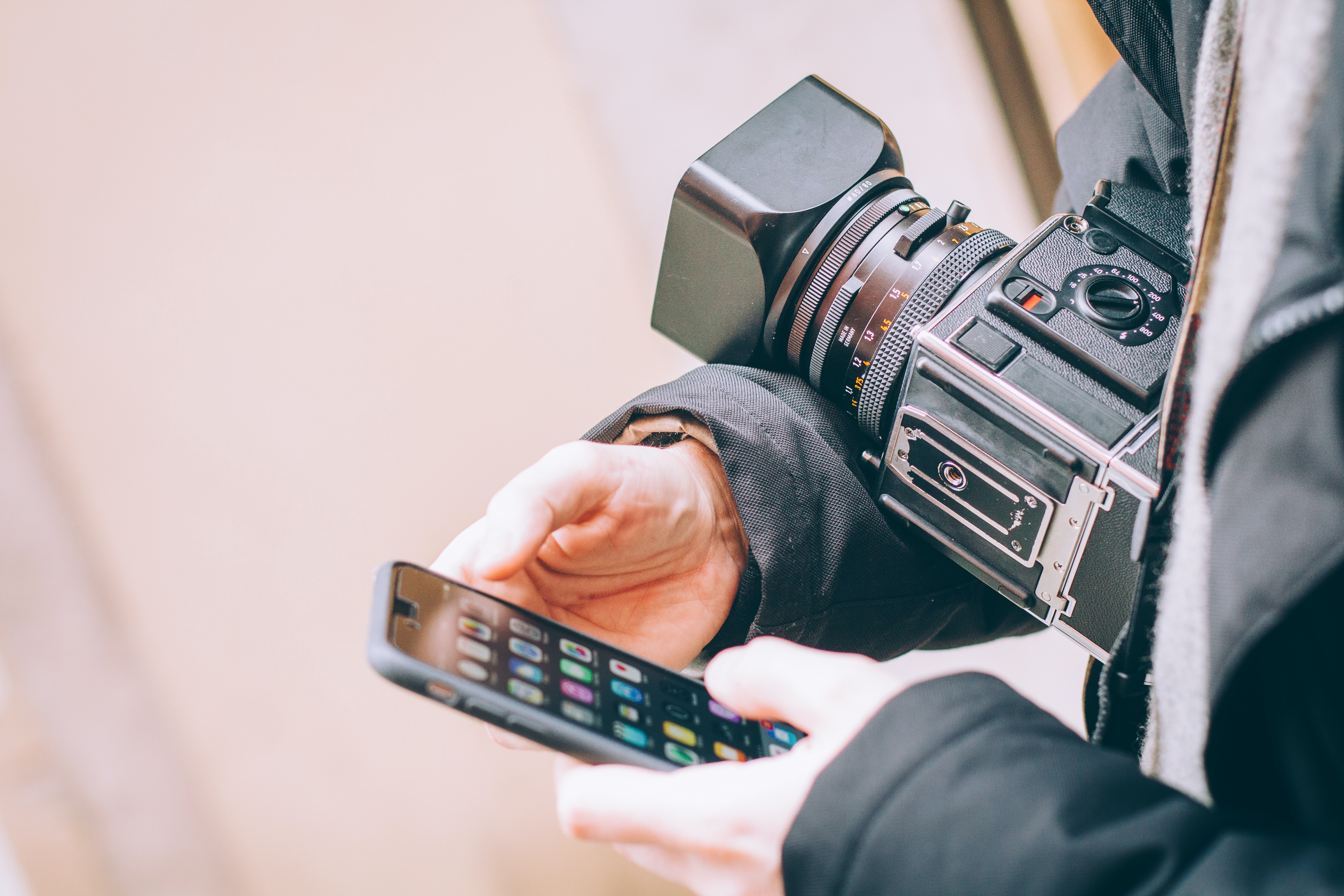 8 Reels and TikTok Ideas for Any Creator

Content creation is notoriously difficult. If you ever feel like you're out of ideas, here are eight to keep you going until you come up with your next big thing.
Eli Goodwin

Content creation can be tough, especially when you’re feeling unoriginal. But take a deep breath! These things can be tough. Content creation is hard. You’re not a content farm; you’re a person. You’ve got a whole life outside of your brand and your platforms, as easy as it is to forget.

It’s okay, more than okay in fact, to take a page out of the ol’ “What’s Everyone Else Doing” book. What do you think a trend is? How about a fad? Exactly! People build off each other, it’s natural.

Not everything you do has to be 100% your own, it just has to be your own. So, when you’re feeling stuck, here are 8 ideas for an Instagram reel/TikTok that fit into any niche and are likely to appease any audience.

When I reference myth busting, I’m not imploring you to embark on long  experiments. It’s more so clearing up common misconceptions or generalizations in your industry or field.

It’s super easy to reel people in with a myth busting video. Simply start off with a rhetorical question you intend to answer (i.e., “What if I told you that the color red is actually blue?”). After posing the clickbait-y query, follow it up with an incentive, such as “Keep watching to find out!”

As much as you heed my advice, take caution when it comes to myth busting and make sure you don’t piss people off. No one likes to feel like an idiot or think they’re wrong, so myth bust with humility.

Another thing to remember when it comes to people is that we’re inherently curious. We’re fascinated by what goes on in the lives of other people. So, it’s important to feed into that.

Don’t take people into a regular day in your life per se, but show them something special. Do you have a big photo shoot going on that day? A large (non-confidential) meeting you’re about to head to? As long as you feel comfortable doing so, share it with your audience and watch your audience grow.

Perhaps the most explanatory on this list, the how-to video is a step-by-step explanation of the process of doing or creating something, such as the perfect backhand stroke.

Just like the premise of the video, the creation of a how-to video is pretty straightforward. Demonstrate the method behind doing whatever it is you may be doing, top it off with an extensive, thorough enough narration, and you’re all set.

Keep in mind that if someone is watching a how-to video, it’s probably because, well, they don’t know how to do it. So put yourself in their shoes and dumb it down a little. Try and remember the steps that you may have found difficult back when you were learning and make sure you go through these parts slowly.

Kind of like a how-to, a dos and don’ts video should walk the viewer through the peculiarities of a particular circumstance or profession. Oftentimes a how-to video and a dos and don’ts video can center around the same subject, especially when it comes to dealing with something like etiquette (i.e., “How to Crush Your Next Job Interview” // “The Dos and Don’ts of a Job Interview”).

A near-necessity when it comes to a Dos and Don’ts video is ‘the point.’ That’s right. I’m talking about the physical point, the one with your finger

Often regarded as a staple of TikTok, especially when it comes to videos with a soundtrack and plenty of on-screen text, the point will be your friend. It looks cool, it’s engaging, it catches the viewer’s eye, and it increases your video’s accessibility, especially for those deaf or hard of hearing.

When filming the video, each time you approach a new topic point to a random location within the frame. When it comes time to edit the video, put text wherever you point, syncing it so that the text only appears when you’re directly pointing to it. Make sure, however, that viewers have enough time to actually read it.

Remember way back when during the ‘Behind the Scenes’ section when I said “Don’t take people into a regular day in your life per se”? Because I lied. Well, not exactly. When it comes to a behind the scenes type of video you shouldn’t do that. But now is your chance to!

A day in the life video shouldn’t be anything spectacular or unusually glamorous. Honesty wins a lot of the time. Now, that doesn’t mean the day in the life you chose should be one where your itinerary looks something like go to the bank, go to the dry cleaner, and do other mundane stuff.

There should certainly be some sparkle, some pizzazz. But, make it believable. Shoot for being simultaneously authentic and entertaining. Even a boring day might be okay, so long as you poke fun at its monotonous nature. Self-deprecation sells.

Feel like your job is interesting? Find yourself in the middle of a scandal that everyone has burning questions about? Looking to clear the air on something? A healthy mix of any of these three, perhaps? In any of these cases, the Q&A is a perfect video for you.

In order to really capture audiences, I’d recommend starting off the Q&A with a particularly eye-grabbing question. That doesn’t necessarily mean something risqué.

Think about it from the viewer’s perspective: If you were scrolling through TikTok, what question would make you stop scrolling? Note that this is in a similar vein to the myth busting opening from section one, as both aim to draw the viewer to the video.

Once you’ve caught their attention, simply keep doing what you’re doing. Answer as many questions as you’d like. Remember that people have rather short attention spans though, so don’t overdo it.

When you near the end, make sure you’ve saved up another question similar to the first. Start on a good note, end a good note, and you’re guaranteed to make a good impression.

Perhaps the quintessential TikTok, the transformation/before and after video is huge on the app. A quick scroll through the for you page and you'll find a million and one videos of users showing off a new outfit, hairstyle, or tattoo to the tune of some generic beat drop.

If you’d like to tie it to whatever you do somehow, it’s definitely possible, still. For example, you can make a TikTok where you transition into your work clothes. But, the association with an industry is not nearly as necessary.

Because of this, it’s significantly easier to reach a larger audience. Other more specific videos can wind up trapped by the reality that they may not appeal to broad audiences, meanwhile transformation videos are more general.

People love drama, obviously, but it’s been six years since 2016, the height of the storytime on YouTube. Since then, the public has become exponentially more weary of lies and technologically savvy.

So don’t get yourself in trouble. Tell the story, of course, and tell it with gusto. Don’t just say what happened, as that’s boring, but be careful you don’t exaggerate the truth too much, or else you may find yourself Twitter’s next laughingstock.

I guess this means that this content idea, like most on this list, comes with a warning label. Note that Munch won’t take responsibility if you wind up in the face of internet scrutiny.

The gist of the points, for those who scrolled straight to the bottom of the article, is strive to be real online.

As a writer, I’ve been told countless times now to “Write about what you know.” I’ve found it to be really, really solid advice. It makes the whole thing easier.

Though I’m no content creator, I’d like to think the same thing goes. Making videos about what you know will be easier for you and yield better results. And if you ever need any help with repurposing your content, should you go on to create YouTube videos, remember that Munch is always here to help.